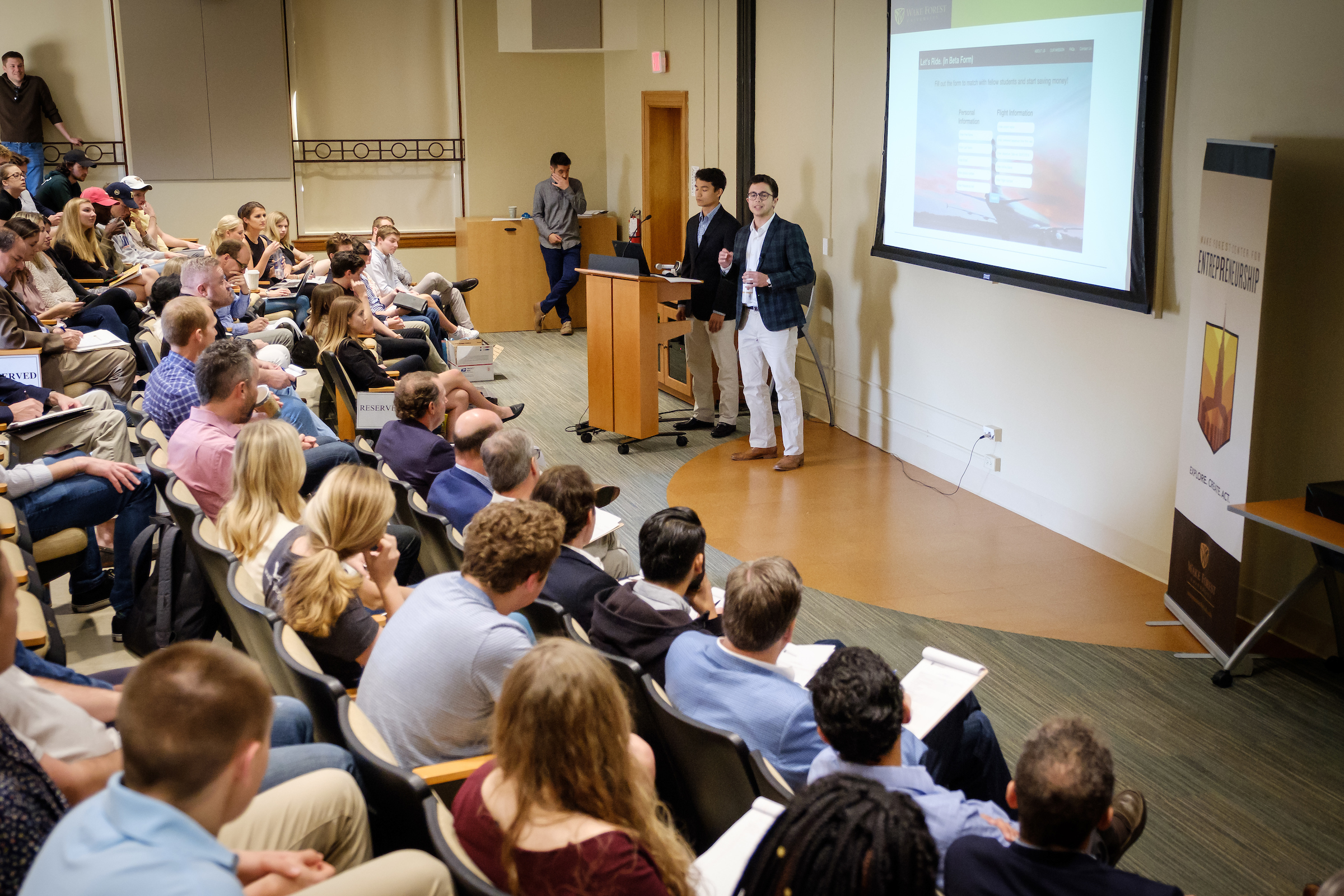 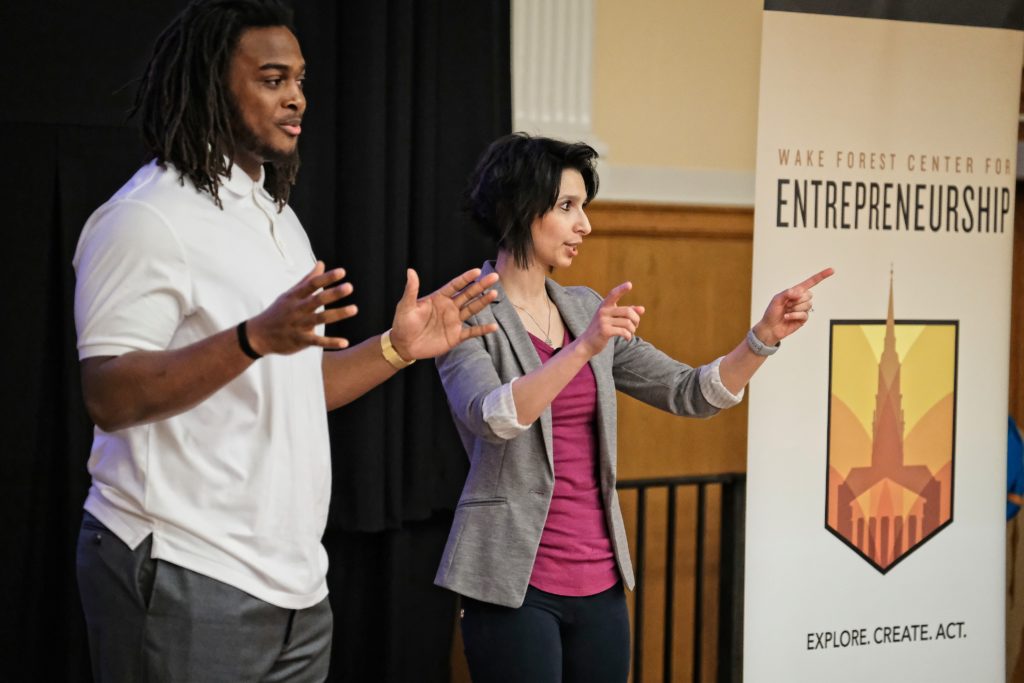 Innovate. Create. Build. Disrupt. Take Your idea from concept to reality and learn how to launch the next industry-changing start-up!

Learn how to develop, vet, and launch a valuable entrepreneurial idea.  Meet and engage with successful entrepreneurs, tour start-up companies at different stages of development, and learn key principles of entrepreneurial marketing, finance, and strategy.  Put it all into practice by planning, pitching, and launching a start-up by the end of the week.

*Courses carry no secondary school or college credit. Upon completion of the program, an official Wake Forest University Certificate of Completion will be awarded to all Entrepreneurship Institute participants.

*The “A Day in the Life” is subject to change.

Louis Foreman is founder and Chief Executive of Enventys, an integrated product design and engineering firm. Louis graduated from The University of Illinois with a Bachelor of Science degree in Economics. His interest in starting businesses and developing innovative products began while a sophomore with his first company founded in his fraternity room. Over the past 35 years Louis has created 10 successful startups and has been directly responsible for the creation of over 20 others. A prolific inventor, he is the inventor of 10 registered US Patents, and his firm is responsible for the development and filing of hundreds  more.

The recipient of numerous awards for entrepreneurial achievement, his passion for small business extends beyond his own companies. Louis is an Assistant Professor of the Practice in the  Center for Entrepreneurship at Wake Forest University. Louis was an adjunct professor and the Entrepreneur in Residence at The McColl School of Business and was the 2013 Distinguished Visiting Professor at Johnson & Wales University. He has also taught IP for Entrepreneurs at Central Michigan University. He is a frequent lecturer and radio / TV guest on the topics of small business creation and innovation and is frequently invited by universities and national trade associations to be a featured speaker on the topic of entrepreneurship and innovation.

In addition to being an inventor, Louis is also committed to inspiring others to be innovative. Louis was the creator of the Emmy® Award winning PBS TV show, Everyday Edisons, and served as the Executive Producer and lead judge. The show won 2 Emmys in 4 seasons and appeared nationally on PBS. In 2007, Louis became the publisher of Inventors Digest, a 35-year-old publication devoted to the topic of American Innovation. In 2009, his first book, The Independent Inventor’s Handbook, was published by Workman Publishing. In 2015, Louis was awarded the IP Champion Award by the US Chamber of Commerce, and in 2022 he was inducted into the IP Hall of Fame.

Louis currently serves as Chairman of the Board of Directors of the James Dyson Foundation, the Intellectual Property Owners Association (IPO), New Dominion Bank, The Federal Reserve Bank Industry Roundtable, and the Intellectual Property Owners Educational Foundation (IPOEF). In 2013, Louis was appointed by the SBA Administrator to serve on the National SBDC Advisory Board until the end of 2025.

In 2008, Louis was appointed by United States Secretary of Commerce Carlos M. Gutierrez to serve for a three-year term on the nine-person Patent Public Advisory Committee (PPAC) of the United States Patent and Trademark Office. In 2011, he was appointed by Secretary Gary Locke to serve an additional three-year term. The Committee was created by Congress in 1999 to advise the Under Secretary of Commerce for Intellectual Property and Director of the United States Patent and Trademark Office on matters relating to the policies, goals, performance, budget, and user fees of the patent operation. In 2013 he was asked to serve as Chairman of PPAC until the end of his term in December 2014.

In 2011 Louis was called upon, multiple times, to brief the House and Senate Judiciary Committees on legislation related to the US Patent System and its impact on independent inventors. On September 16, 2011, Louis joined the President on-stage for the signing of the America Invents Act into law. This bi-partisan effort represented the most comprehensive overhaul to the US Patent System in over 60 years.